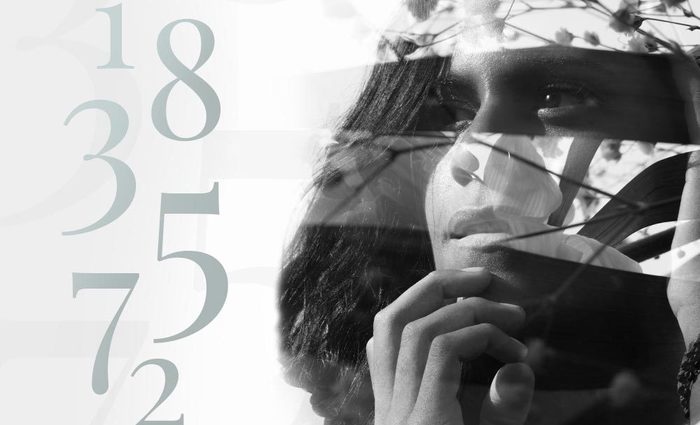 Numerology is based on the idea that each of us is a spiritual being, or a soul, who incarnates many times in order to further evolve toward higher states of awareness. During our evolutionary path of many incarnations, we have accumulated a wealth of wisdom, but have also made mistakes or have sometimes abused the gifts we've been given. To rectify such errors, we may take on an additional burden in order to learn a particular lesson that we failed to learn in previous lifetimes. In Numerology, this is called a Karmic Debt.

The numbers that indicate a Karmic Debt are 13, 14, 16 and 19, and where they are found in your Numerology chart is just as important as their effects. If you have a Karmic Debt Life Path number, for example, the impact will be felt repeatedly throughout your life cycle, but not continuously. But if your Expression number is a Karmic Debt number, you will feel its effect on a more continuous, but less dramatic, basis, affecting mostly your professional/productive life.

If your Heart's Desire number is a Karmic Debt number, you will have a tendency to make bad choices and decisions in your lifestyle and relationships, though if your Personality number is a Karmic Debt number, its influence will be mostly felt in social interactions and health issues. Found as a Maturity number, the Karmic Debt is felt particularly strong during your late teens and early twenties, as well as your late forties and early fifties (the mid-life crisis).

Certain cycles in the forecasting part of your chart can also be influenced strongly by Karmic Debt numbers. Found as an Essence cycle, a Karmic Debt number can be particularly difficult, and Period and Pinnacle cycles are also vulnerable to Karmic Debt.

Those with the 13 Karmic Debt may experience much frustration, and will have to work very hard to accomplish any task. Think of it as a consequence of a previous lifetime dominated by laziness, taking advantage of others and similar bad choices.

Obstacles arise for those with a 13 Karmic Debt and must be overcome time and time again. One may often feel burdened and frustrated by the futility of their efforts -- there may be a desire to surrender to the difficulties and simply give up on the goal. But success is well within reach; one simply must work hard and persevere in order to reach the goal. Many highly successful people in all walks of life, including business, art and athletics, have a 13 Karmic Debt.

The key to succeeding with the 13 is focus. A temptation with the 13 is to take shortcuts, but too often, that easy success doesn't come, causing regret and the desire to give up. The result is a poor self-image and the belief that one is incapable of amounting to very much. Order is essential to success with the 13 Karmic Debt. You must maintain a schedule, follow through, keep your environment neat and under control and never procrastinate.

The 14 Karmic Debt arises from previous lifetimes during which human freedom has been abused. Those with a 14 Karmic Debt in their Numerology chart are now forced to adapt to ever-changing circumstances and unexpected occurrences. There is an acute danger of becoming a slave to your own freedom through the abuse of drugs or alcohol and overindulgence in food and sex. You must put the reins on yourself. Modesty in all affairs is crucial to overcoming this 14 Karmic Debt.

Also important is the need to maintain order in life and to establish your own emotional stability. You must be willing to adapt to the unexpected twists and turns of life while still maintaining your focus on your goals and dreams. Flexibility and adaptability are at the very core of this struggle, and orderliness in one's immediate environment is crucial to maintaining clarity and focus.

The main key to the 14 Karmic Debt, however, is commitment. Life will resemble a rollercoaster ride, but it will always travel in the right direction, so do not give up on your dreams and goals. Those with the 14 Karmic Debt can experience life to the fullest as long as they maintain a high dream.

The 16 Karmic Debt represents destruction of the old and birth of the new. The 16 is about the fall of the ego and all that it has built for itself; it is a cleansing. All that has been constructed and all that serves to separate the person from the source of life is destroyed. Through the 16, reunion with the great spirit is accomplished.

This can be a painful process, because it usually comes after much ego inflation. Life presents challenges to your grand plans and you tend to make choices that seem specifically designed to break down what you have previously built -- a self-destructive career choice or an act of stupidity that ruins an otherwise wonderful relationship, for example.

The 16 Karmic Debt is a lost battle and you will likely feel humbled in the face of the collapse that follows. But this humility is the key to later success, because you will learn to follow the intimations of a higher reality, approaching life with an entirely new awareness. It is a life much the better for the fall.

Those with the 16 Karmic Debt must be careful of egoism. Very often, those with the 16 use their highly intuitive and refined intellect to look down upon others, and view the rest of the world as inferior, leading to acute alienation and loneliness.

When the 16 is in one of the Core numbers, this process of destruction and rebirth is a continuous cycle that actually serves to bring you into higher consciousness. The 16 Karmic Debt can be a path of progress and great spiritual growth if it is looked at properly.

Those with the 19 Karmic Debt must learn independence and the proper use of power. You will be forced to stand up for yourself, and often be left standing alone. Difficulties will be faced and overcome through personal struggle.

One of the central lessons for people with the 19 Karmic Debt is that you stubbornly resist help. Much of your independence is actually self-imposed -- you simply don't want to listen to others, or to accept the help or advice of others. The 19 Karmic Debt can become a self-imposed prison if you do not open up to the reality of interdependence and the mutual need for love.

The most important lesson for the 19 Karmic Debt is: while you seek to stand on your own feet, you are still a human being, deeply connected with others and in need of the support, assistance and human understanding that all people need. Sometimes you just need to reach for it. 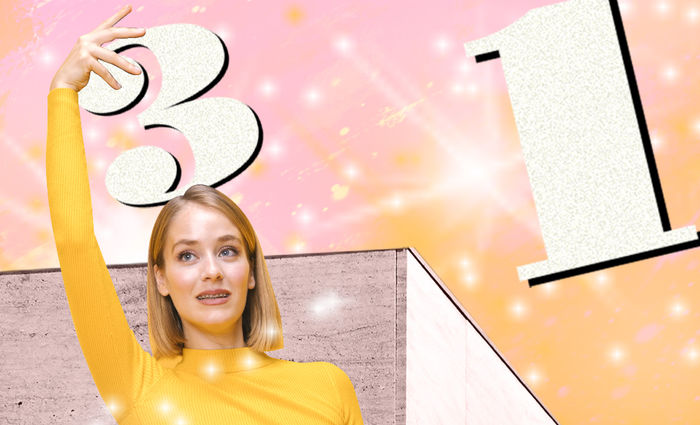 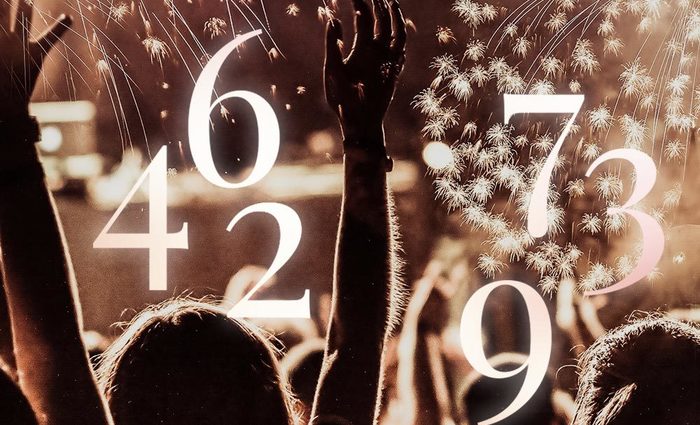 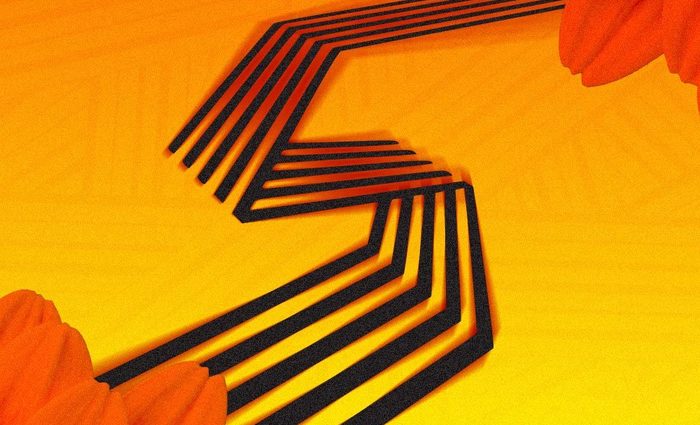 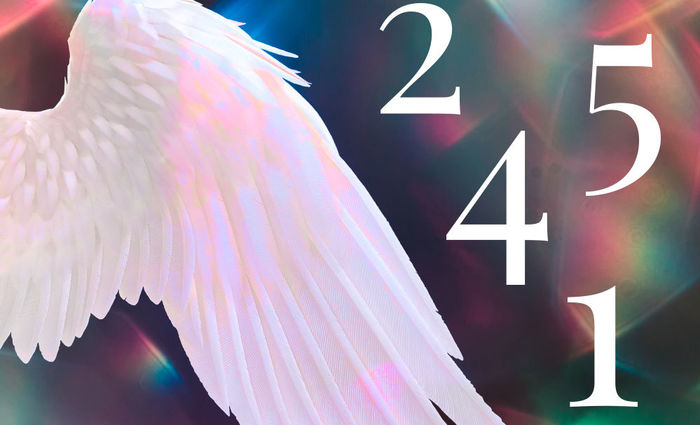 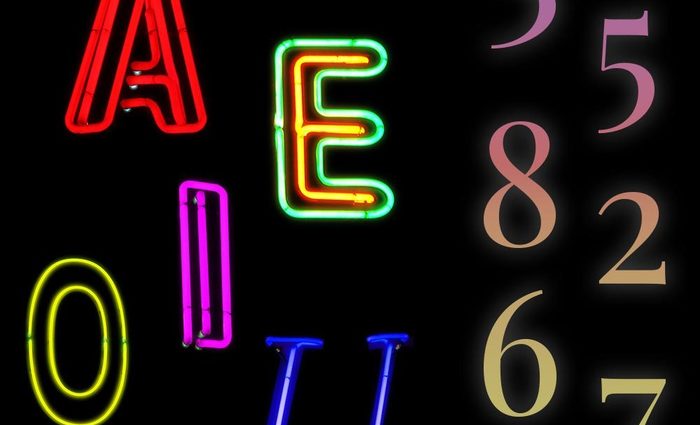